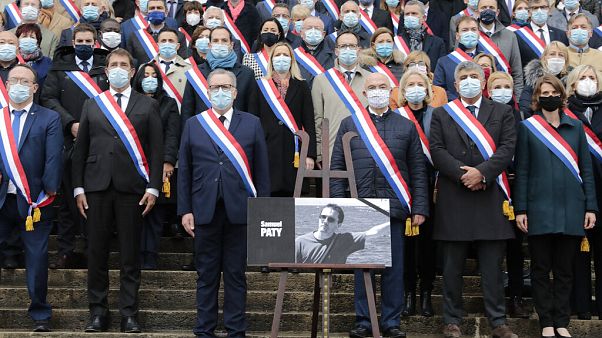 French MPs today honoured the murdered school teacher Samuel Paty with a minute's silence on the steps of the National Assembly.

Paty, a history teacher, was beheaded on Friday by an 18-year-old Moscow-born Chechen refugee, who was later shot dead by police.

Police officials said Paty had discussed caricatures of Islam's Prophet Muhammad in a class on freedom of expression.

French police said 16 people remain in custody as part of the investigation into the attack.

Thousands protest in Taipei over US pork imports