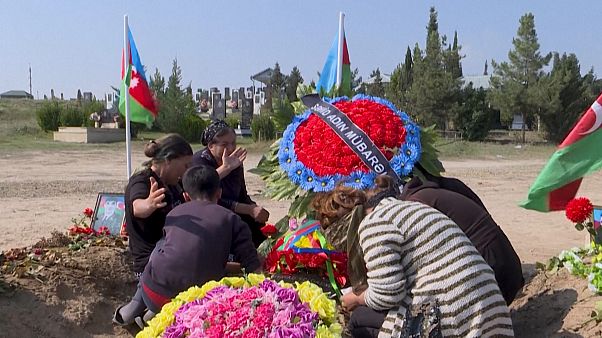 Family members grieved at the grave of an Azerbaijani soldier killed in Nagorno-Karabakh.

The 29-year-old was buried in a cemetery as the toll from violence in the region reached 600.

It comes as hostilities between Armenia and Azerbaijan continue. Both sides have exchanged accusations and claims over attacks, sometimes outside the conflict area.

Earlier this week Russian President Vladimir Putin had a call with his Turkish counterpart Recep Tayyip Erdogan, and emphasised the need to respect a ceasefire that was immediately violated after it took effect on Saturday.