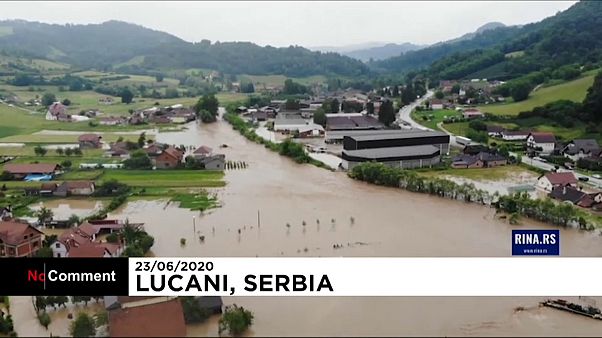 Around 700 houses were flooded in western and central Serbia, according to state RTS television.

Rivers have also burst their banks and there are increasing concerns over the possibility of landslides.

A landslide in neighbouring Bosnia cut a key road connecting Tuzla and the capital Sarajevo.

Floods also have hit a western area in Bosnia, damaging roads, bridges and houses in the Balkan country.

Both Serbia and Bosnia were hit by major flooding in 2014.