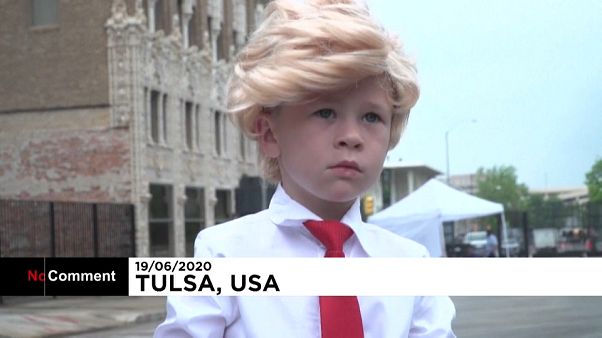 US President Donald Trump chose Oklahoma as the venue for his first re-election rally since the coronavirus pandemic broke out.

The choice of the city is controversial since in 1921 it saw one of the worst racial massacres in US history.

Trump, who has long stood accused of stoking racial divisions, had initially planned to hold the rally on Friday, the unofficial holiday known as Juneteenth, which commemorates the end of slavery in America at the close of the civil war.

Facing outrage over his choice of such a symbolic day - which has taken on even greater significance this year with the nation roiled by protests against racism and police brutality following George Floyd's death - Trump pushed back his rally until Saturday.

But the president's visit is still hard to accept for many black people in Tulsa, where the mayor has imposed a curfew citing fears the event could trigger unrest.

The city is divided to this day: the black population lives in the north of Tulsa, the white one in the south.